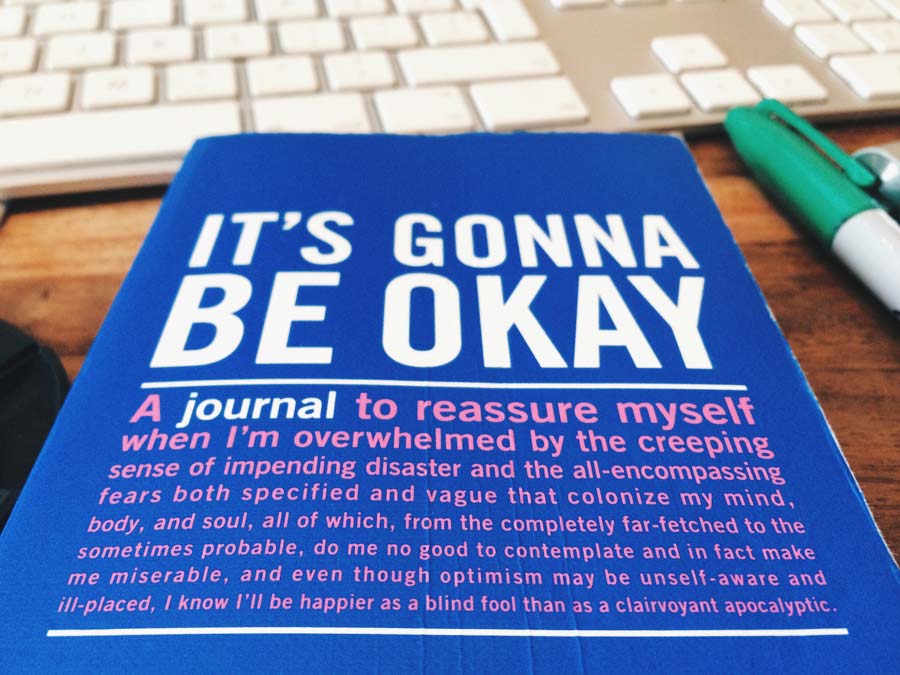 Apparently, which is GREAT NEWS.

I’ve had this little journal thingy for a while now, since before The shit That Was 2015. It’s been on my person almost every single day, but I’ve not really made time for it. I should pay more attention to it, as there are some brilliant little anecdotes, which make me smile.

It’s never too late to have a happy childhood.
Tom Robbins

There’s space for me to write stuff. But I think I actually felt weirdly threatened by the header on every single page.

WHAT I’M HANGING HOPE ON TODAY

(And yeah, it’s all caps. No pressure. Caps is for shouting. This thing SHOUTS AT ME every day. Huh.)

Thing is, I think I gave up hoping. Well, not gave up, as it were, but I stopped believing, or something.

Truthfully, business has been the TOUGHEST EVER over the last 18 months. I got dangerously side-tracked with things I shouldn’t have done, and gave away a whooooooole lot of my time to people who didn’t give a shit. I lost some people whom I thought would be amazing friends, and I’ve had to seriously re-evaluate where I am with my “family”. Reassurance has not come in droves, and there have been waaaaaaaay too may times where I have genuinely thought to myself “holy shit…I’m going back to the mental house for sure.”

Every day I pick things up. The business, my life, my kids, myself. Sometimes it’s easy, and I’m all WHOOOO FUCK YEAH BITCHESSSSS!!!! And all too often, it’s Omfg just fucking fuck this fuckity McFuckshit. I’d like it to be less of the latter. And waaaaaaayyyy more of the former. I don’t know how…but maybe reconnecting with my now-missing PMA is the way forward.

I realised it was missing a few months ago. Wish I had noticed sooner, because then it would be easier to reconnect.

HOWEVER, at least I noticed it’s not so present at the moment. *Sly grin*

So, I’ll read the front cover every day, because I do like a good run-on sentence which you have to read four times since you weren’t able to follow it in one go, thereby making sense of exactly what it was going on about without losing track somewhere before the third comma. And whilst I’ll remember to reconnect with My Blog (yes, capitals for a reason), I’ll also remember that It’s Gonna Be Okay.

Because It Really Needs To Be Okay.